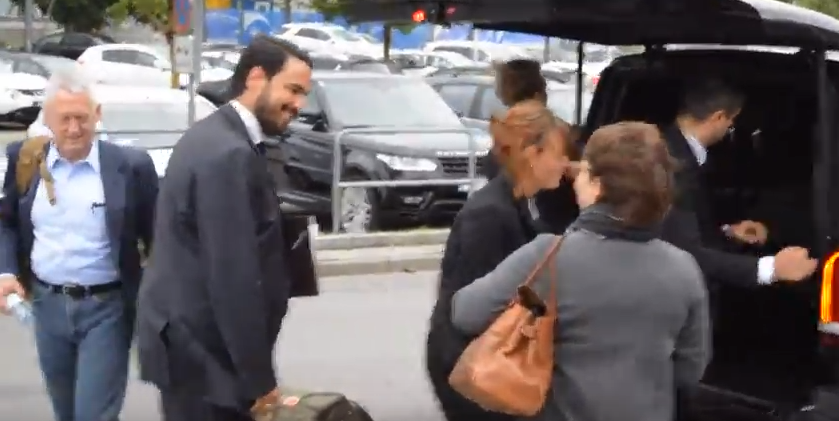 General “Mad Dog” Mattis. When he was appointed he was approved by the Senate without a hiccup. It’s always the story they don’t tell you that speaks volumes: 98-1 Who was the one opposing voice? Sen. D-NY Kirsten Elizabeth Gillibrand

What story didn’t they tell you ? What story was HOT and even had a 60 minutes special on it but no mention of Mattis?

Let’s take a look at Theranos’ 12-person board (which is an 11-man team if you don’t include CEO and Chairwoman Elizabeth Holmes—interesting given her stated commitment to women in STEM). We have former Secretary of State Henry Kissinger, former Secretary of Defense Bill Perry, former Secretary of State George Shultz, former Senators Sam Nunn and Bill Frist (who, it should be noted, is a surgeon), former Navy Admiral Gary Roughead, former Marine Corps General James Mattis, and former CEOs Dick Kovacevich of Wells Fargo and Riley Bechtel of Bechtel. There is also one former epidemiologist—William Foege, and, in addition to Holmes, one current executive, Sunny Balwani, who is Theranos’ president and CEO.

What’s incredible is that when Mattis was proposed to enter into the Trump administration NO ONE SPOKE about Mattis’ implication in a company that was proven to be FRAUD – actually one of the biggest we’ve seen being dismantled in front of the public’s very eyes and in a very poised manner. No one dragged them through “dirt” it was all civil.

“WOW, they were supposed to be doing this BUT they weren’t doing that with blood they were actually doing something else, we won’t tell you about but their scope of testing was misleading” ???

Interestingly enough, when Mattis’ name was thrown into the ring, BLOOMBERG removed Henry Kissinger’s name off their “list” of Board Members.

You want to know what Theranos really tried to do? It was replication or housing of hormones, enzymes in blood they collected. Basically, trying to recreate them like a petri dish. Not trace but actual quantity. They claimed to be able to analyze blood with just one drop! There was a lot of money, globally thrown in. I have an NDA I cannot say more.

Former employee of Theranos September 2018 during an interview

James Mattis was an attendee of the Bilderberg Meetings, but 2015 was most important because of who he was seen with or specifically LEFT with. 2015 was a pivot point for the country of Greece. The whole Turkish pipeline they refused to allow to cross their land.. that was happening.

Who is the first person the EU sends to a EU state in “crisis” or who doesn’t comply with EU mandates? Goldman Sachs. Who did we send to Libya? Goldman Sachs. What was Zoellick’s title in 2015? : Chairman, Board of International Advisors, The Goldman Sachs Group They happened to be spearheading the funding of the gas pipeline that Greece was refusing to allow on their land. So, where does Mattis tie into this?

That question is for General Mattis to answer. The overwhelming response from the panicked left due to his resignation speaks volumes.

Regardless, General Mattis was an incredible soldier. He served our country well and when it comes to combat he was incredible. Politics is the dirtiest battlefields and he’s old school. Rigid, square and loves order. Politics are messy, chaotic and have gray areas.

Freedom and giving power to the people is not “order”. Could it be that he couldn’t and wouldn’t partake in what we will see unfold in 2019, or is his EXIT briefing is what we need since he is a wealth of information? Time will tell. One thing is for sure GENERALS are political and they show their colors when their RING LEADER shines. All the sleepers will speak when Barack HUSSEIN Obama (and his “mentor” John O. Brennan) is in need, his SLEEPER status is confirmed.

We see you General along with all the other Generals like Jones, Hayden and McChrystal.

Regardless, thank you for your service!


Tore is a nationally syndicated talk radio host that airs live M-F 12-2PM EST on Red State Talk Radio . Like my work you can tip me or support me via PAYPAL, VENMO and CASH APP or support me on Subscribestar!

We are 100% people funded. Thank you for your support.

Fri Dec 21 , 2018
Carter Page’s FISA warrant is the only warrant we hear a lot about but not much about the FISA application filed against General Flynn and how it was created. On December 17, 2018, coincidentally on the day that General Flynn was to be sentenced for “lying to the FBI” which […]