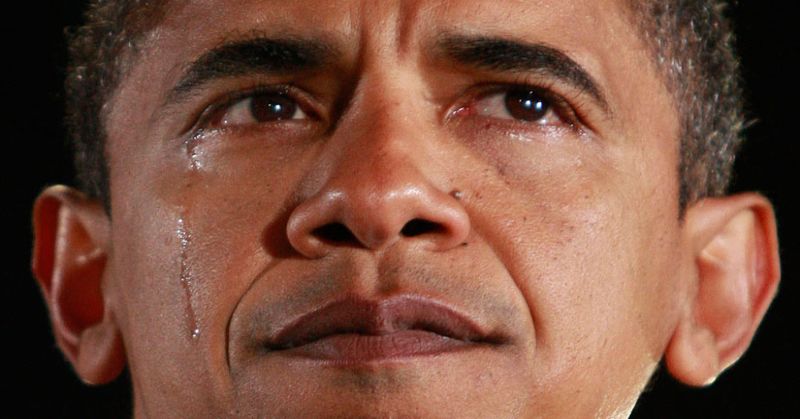 A private conversation that Barack Hussein Obama had with former members of his administration on Friday, May 08, 2020, was recently obtained by Yahoo.

In the first segment of the audio of Barack HUSSEIN Obama below, he criticized the handling of the current COVID-19 Infodemic.

He claims the ELECTIONS are VERY important, citing that the people of the United States are:

He then continues to say that this is an international phenomenon and that is why OUR response to this INFODEMIC wasn’t good and that even with a good government it would have been bad.

RELATED: EVIDENCE: They Are Terrorizing The Nation With Skewed COVID-19 Death Tolls

To any simple person the deaths we have seen are pretty similar to that of the FLU considering almost no one has died of the flu during this “pandemic”. After all, that is what Dr. Birx said.

BHO (Barack HUSSEIN Obama) takes a jab at President Trump inferring he is selfish because he is looking after American citizens first by refusing to pay the WHO and that in turn makes the citizens “greedy”.

It was obvious he was VERY careful with his words but it was also obvious that he was VERY nervous, constantly reinforcing the notion that he will be campaigning A LOT to make sure Joe Biden wins. Biden needs all the help he can get … especially with things like his name, year, and what position he is running for.

RELATED: PLANDEMIC OR INFODEMIC: The DEVIL Is In The Details

BHO also discussed General Flynn. The same general that pointed out the mess in Afghanistan, pointed out the TRAINING of ISIS, not their destruction by Barack Hussein Obama during his time in the Obama Administration. BHO retired-ed General Flynn while John Owen Brennan and James Clapper cheered on at his retirement event.

This audio illustrates the panic, concern, and urgency to “win the elections” by BHO.

Initially, Barack Hussein Obama sounds very IRATE that the MSM is not attacking the fact that the DOJ dismissed the case of General Flynn. Why haven’t they had wall to wall coverage? They have NO LEG TO STAND ON. The case was fabricated, manufactured, and demonstrates that the FBI, DOJ, and CIA framed General Flynn.

Then, an obviously frazzled BHO claimed there is no precedent to dismiss perjury charges. We looked it up – there isn’t. The thing is, General Flynn was never charged with perjury so the rest of his rant about it is moot. Didn’t BHO go to law school?

In fact, according to Yahoo, the Justice Department in a filing with a federal judge on Thursday, asked that the case brought by special counsel Robert Mueller be dismissed, arguing that FBI agents did not have a justifiable reason to question the then-national security adviser about his conversations with Russian Ambassador Sergey Kislyak — talks FBI agents and Mueller’s prosecutors concluded he had lied about.

BHO continued talking about how the law says otherwise and many other points IF the charge was perjury and was dismissed…which it was NOT.

Obama then went on to reinforce how important the elections are and how he is VESTED in them, saying specifically, “We need to make this happen.” His voice sounded desperate and concerned for HIS well being.

Indeed, he needs to make it happen because IMPEACHMENT of former PRESIDENT BARACK HUSSEIN OBAMA for orchestrating this coup is close to realization.

Sat May 9 , 2020
Why would Ronna McDaniel entrust the GOP CYBERSEC w/ company that has failed before, that has a head of tech whose connected to Warren Flood, Joe Biden's former White House IT Director and may be giving backdoor access to Crowdstrike?